Blog Black Hat ASO: What is It & How to Cope With It?

Black Hat ASO: What is It & How to Cope With It? 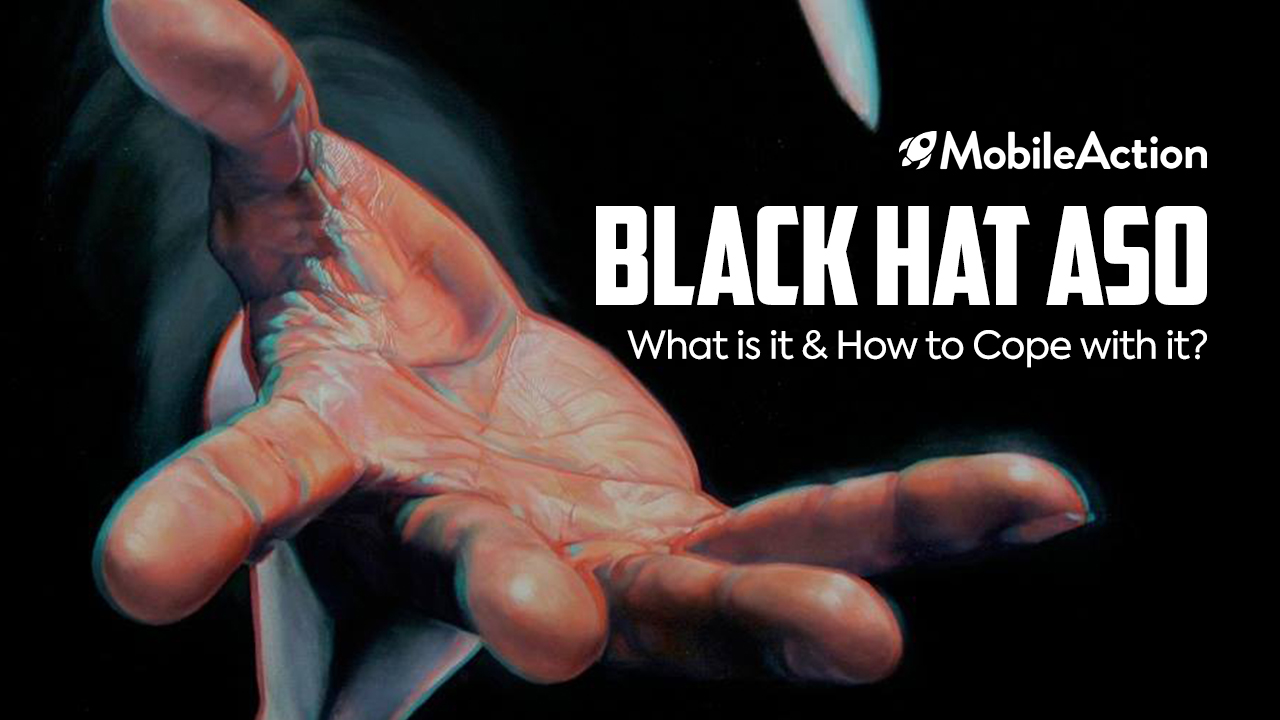 Apple Store Optimization (ASO) is the process of improving your app’s visibility and conversion rates in the app stores.

The ASO is not a simple process, not a one-time job, not a sprint.

Think of it as a long run- a marathon. Thus, the results are not obtained overnight, but if you are willing to invest in it you can get very impressive outcomes. This blog will simply introduce the concept of Black Hat ASO.

This is a real situation that involves a competition, and some people will want to get the price without additional work. And it is the point where people prefer to take the shortest path to success… A temporary success, obviously.

Black Hat ASO is a tool/scheme that boosts your app’s visibility and conversion rates in an unethical way: it either neglects the rules or abuses these rules.

How and when companies are using this Black Hat ASO tactics to manipulate the search algorithms, and how to cope with them in the smartest way are the main points to discuss…

The companies using Black Hat ASO techniques are most likely the ones that prefer quantity over quality.

They are intended to achieve success with a shortcut, but the implementation of this shortcut often ends up with being unethical. But which tactics are seen/considered as unethical?

There are some specific practices used by black hat programmers as a mixture of knowledge, trial and error, and some App Store rules.

Black Hat ASO is a cruel reality of the Apple App Store and Google Play Stores. The rough classification of common is below:

There are unfortunately some apps that benefit from keyword optimization not legally.

App title, app description are the fields that have a direct contribution to the visibility of the app.

Some Black Hat programmers tend to put a bunch of optimized irrelevant keywords that are already ranking high in the application’s data and/or description that does not mean anything together.

It’s a primitive technique, but it works and has been there since the beginning of black hat.

Boosting organic traffic through App Store Optimization results in different analytics of your app in comparison with Black Hat ASO.

You should have in mind that ASO takes time, and if constantly checking the analytics you can find out whether the app is using Black Hat ASO or not.

If the there is a gradual, slow increase in the number of organic downloads, then it is ASO. Bear in mind that Black ASO results in a temporary boost.

One of the important points is users’ trust. We all prefer to read the reviews before downloading the app because we think that we can trust the users’ feedback.

Unfortunately, there are some companies that offer fake reviews to inflate your app ranking in App Stores.

They create tons of fake bot accounts to leave a positive feedback to boost app’s ranking for a short time.

But the good news is that it is possible to find out fake review since it is all man-made machinery results.

Take a look at the language of reviews. The reviews are generally short in context and don’t exist for a long time or all they do is just putting a “5-star” rating.

The situations where it feels not over the line for now, but might be unethical later are called Gray Hat ASO.

In other words, the techniques are somewhat illegal but still, you can commonly find. The situation for incentivizing users for ratings can be considered as an example of Gray Hat technique.

There is a notion of Stacked Hat development of which we are not sure either if it is illegal or not.

Stopping black tricks in SEO is a bit easier since it can be done by the very complex algorithms and human intervention.

Whilst coping with black tricks in app stores is difficult and unfair. Google Play and Apple App Stores have their guidelines very vague that sometimes it is unclear enough whether the certain rules from guidelines are broken or not.

In a market where some app companies are using these black tricks to boost their app’s ranking, you have to be very careful and fight smartly against them so that no programmer is left unfair.

We as MobileAction do not encourage you to choose the black approach at all, and this blog post is just for informative purposes.