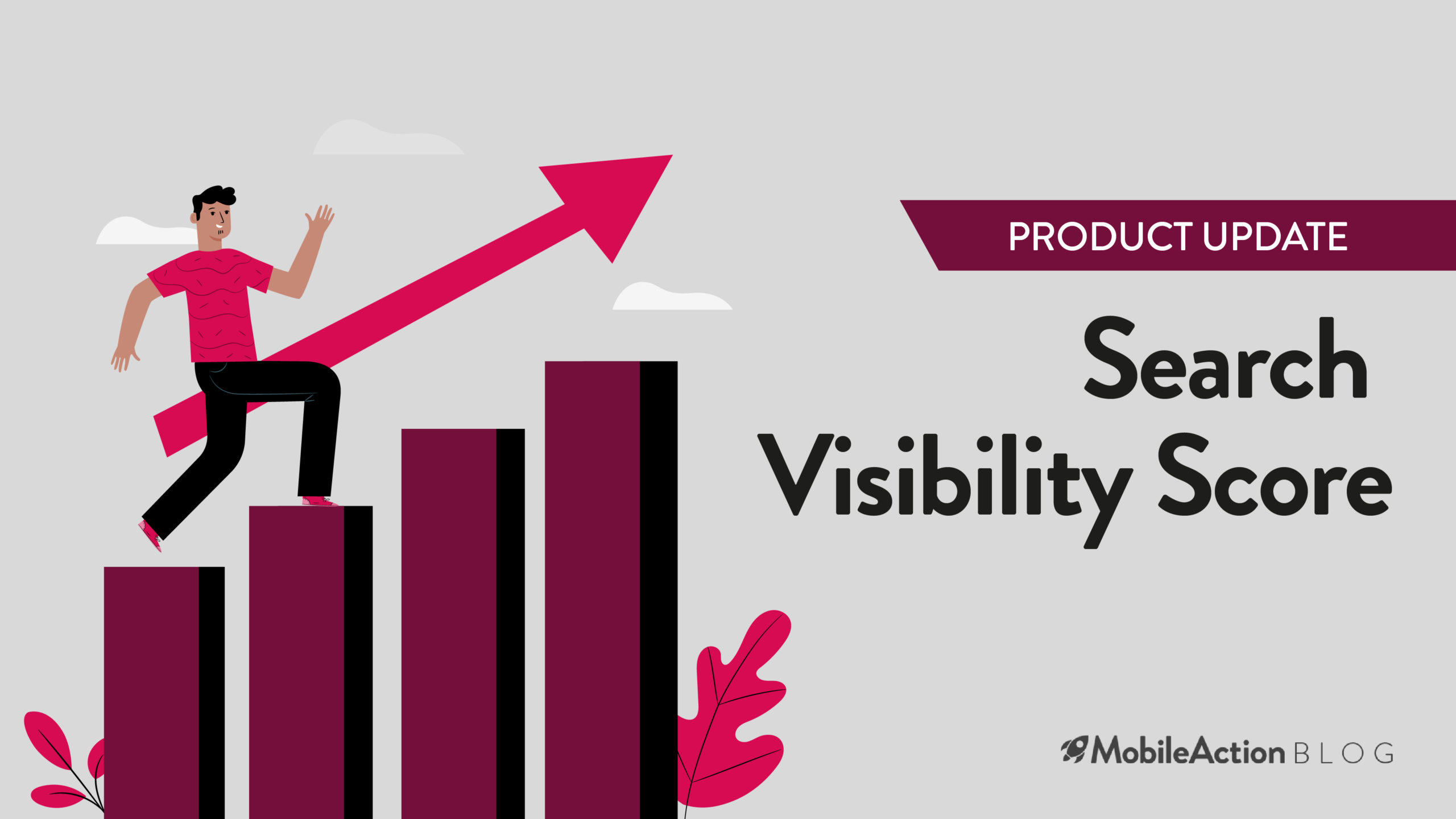 As MobileAction, we are happy to release our new search visibility score! Your old friend is still cool & awesome but now, it scaled up to cover new countries, almost all the keywords you rank, and historic overview. In this blog post, we’ll show you the full capabilities of the updated visibility score and how you can use it in ASO.

What is “Visibility Score”?

Visibility Score is an indicator that shows how much impressions you can get for your app. The main purpose of the visibility score is to provide a north star metric for your app’s digital presence. So what we measure here is the impressions that your app gets through search, browse, web referrer, and app referrer.

According to the source of impression, we can divide the visibility scores into 4:

Now you might be asking whether it would be better to include the category rankings in the Search Visibility Score. The bad news is that it actually doesn’t help to get a more accurate visibility score. One good example of this is the Game Category. If we were to include the category rankings, the games compared to the other categories would magically always get the top scores. Don’t you think it’s misleading? 🙂 That’s precisely the reason why we’re in the process of launching the Browse Visibility Score – so you’ll have a more accurate measure of your app’s visibility and the specific elements affecting it.

As you know, we already had a visibility score that you see on App Intelligence and ASO Intelligence products. It was in the letter form and was quite useful to see the effects of your ASO efforts as David Prentell, Growth Partner at Grafikwerket explains in Grafikwerket’s Success Story.

Now, you’ll be able to see it in the number form from 0 to 100 just like the Search Ads Visibility Score, 100 indicating the most visible app. So, it will be easier for you to compare and make inferences from the two different visibility scores.

Below you see the Search Visibility Score and Search Ads Visibility Score of Calm as an example. As Calm is doing a great job both on the organic and paid side, both visibility scores are on the high end.

Just like before, the increase in visibility score is exponential, which means an increase from 10-15 will not make the same impact as the one from 5-10. To be more specific, you will actually get a lot more impressions when your visibility score goes from 10 to 15 because of the exponential increase.

Let’s see what else has changed and how you can use the revamped Search Visibility Score.

Now, the new search visibility scores will reflect the local visibility conditions in a country. This is essential for you to learn your app’s position in a specific location since the number of users varies a lot among countries. To see the visibility score in a different storefront, all you need to do is to choose the country you want from the drop-down menu on the up-right of the page.

Let’s say you recently localized your app to a country. You’ll be able to see how localization affected your visibility scores and know whether the localization efforts have become successful. This will surely be a game-changer as you’ll have one more measure for your localization performance besides the category ranking for that country.

As you might remember, the previous visibility score was based on letter grades so little differences in your visibility were not identifiable. With this update, you’ll be able to view your past scores with 0-100 scaling and two decimals. So you will be able to determine whether the updates in your app have increased your visibility or not.

Let’s take Draw Climber as an example, a game that raised to number one in the overall Top Charts on Feb.12.

Like most games in the hyper-casual games category, Draw Climber suddenly peaked in the rankings after a few days of its launch on Jan. 24th. See the category rankings below:

Now, let’s see how visibility score changed over time amid all the ranking changes of the app:

We have expanded the scope of keywords included in the Search Visibility Score. Now, all the keywords that an app ranks in the top 50 will be taken into account when calculating it. This will not only give you a better estimate of your visibility, but you will also see a more sensitive score that will show all your ASO improvements.

Got curious about your Search Visibility Score? Go to your ASO Report to check it out!

Uncover Your Competitors’ In-App Ad Strategies with These Ad…