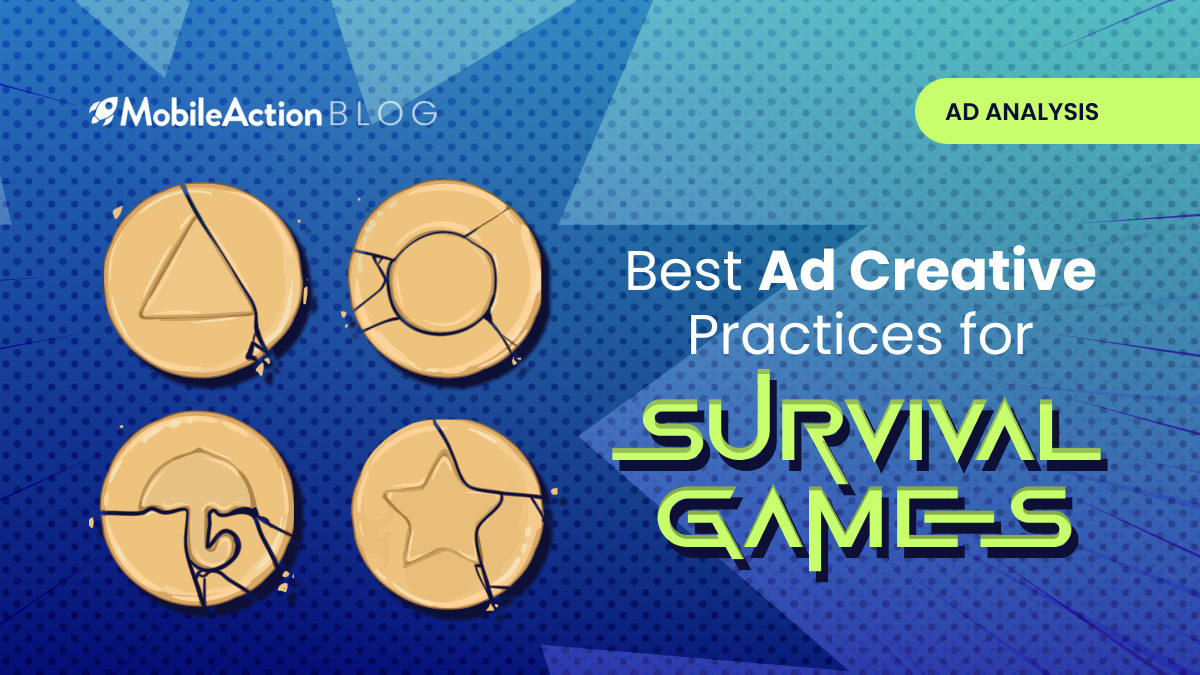 You probably have already heard of the South Korean series: Squid Games. It was #1 in 90 different countries on Netflix back in September. Just in weeks following its release, it’s been the most popular show all around the world. Tiktok, Instagram, and Youtube have brimmed with memes and challenges about the show.

As a result of this trend, mobile game enthusiasts started looking for survival games on both Google Play Store and App Store that are similar to the Squid Game. The below picture shows the Keyword Trend for the “squid game” since the release of the show. As you can see, the traffic volume started to increase after the release of the show and it now has a pretty high search score of 80.

There is no better evidence for these apps’ success other than the fact that 3 different survival challenge games (Candy Challenge 3D, K-Games Challenge, and Survival Challenge 3D) took their place amongst the top 5 most downloaded gaming apps in the App Store for October 2021.

Paid user acquisition played a crucial role in these apps’ impressive growth since their release. To complement their app store optimization strategy, these games engaged in aggressive advertising to make the most out of this trend.

In this article, we will take a look at these survival games’ paid app marketing strategies and try to reveal the secrets behind their success.

It is crucial to analyze an app’s ad creative strategy to better understand its content to attract its target audience. When we filter the top advertising survival games, we can see that Vungle, Mintegral, IronSource and Mopub are some of the most popular mobile ad networks.

When we take a closer look, we can see that Candy Challenge 3D has spread its ad assets to 9 different ad networks. Thanks to our cool new mobile ad intelligence feature, we can see how the ad creatives of Candy Challenge get distributed between DSP’s and mobile ad networks. The majority of these creatives (64%) were sent to Bytedance which were then published in  Tapjoy, Vungle, and Admob.

In the last month, they have released 184 ad creatives and so far, 113 of them are active. These ads appeared in over 2,277 hundred publishing apps. Consistent with survival games in general, Candy Challenge 3D also utilized video creatives the most.

Localizing your ad assets is essential to communicate and engage with your target community. Among 12 different languages, Candy Challenge 3D used mostly English, Arabic, German and Spanish in their ads, meaning that they are paying attention to localization to attract their potential users in these regions.

Now, let’s analyze some ad creatives of survival challenge games and see if we can find some tactics to implement in our user acquisition strategies.

We can see that the timer is emphasized in each scene of this ad creative, creating a sense o. urgency and excitement in users. Also, this creative’s graphics are quite realistic, unlike others.

The above video is one of the successful ad creatives of 456: Survival Game. As you can see, they included only 1 part of the entire battle royale. Just a few seconds into the ad and we are faced with a violent scene causing us to flinch in our seats. In this video ad, the second try brings success and players are rewarded with some confetti and sound effects, which encourages us to keep playing and check out the app listing page. Once again, we realize the importance of engaging sounds in mobile ad creatives.

Now, let’s take a look at Cookie Carver – another well-performing survival game – and see how they approached a similar ad creative. Here, we can see a transition from real Squid Game footage into the mobile gameThis ad is most likely very effective considering the number of people that watched Squid Game around the world. When you see a mobile ad starting off with footage from one of your beloved shows, it is very natural to keep watching and see where it leads.

However, it is safe to say that the addition of a status bar at the top prompting users to stop or go along with the number of players left definitely attracts some attention and brings out the spirit of competition.

This ad creative from Dalgona Challenge 3D clearly shows how effective an image creative can become with the right implementation. With a screenshot depicting one of the most exciting parts of the game, the glowing yellow buttons tempt users to download the app.

In this interesting approach, Craft Survival Challenge combined Squid Game with the popular game Minecraft, which allowed the app to separate itself from competitors. Having your own take on trends can allow you to benefit from the popularity while also placing your mobile app in the spotlight.

As you can see below, they are utilizing 534 keywords in the United States and running campaigns in 5 countries including the United Kingdom, Canada, Australia, and Japan. They have pretty decent Apple Search Ads visibility scores of 64  in the US.

Relevant keywords to the app have high search scores, indicating the harsh competition among apps. Above, we see that Candy Challenge 3D successfully came through this race.

We shouldn’t forget that they are organically ranking with these keywords in the top 10 positions. Since ASO and Apple Search Ads are highly correlated with each other, it definitely helped them to boost their ASA performance accordingly.

It is not that easy to publish a game and handle all aspects of user acquisition activities. However, MobileAction’s app intelligence can help you uncover competitor insights and strengthen your organic and paid campaigns. Schedule a demo and get the upper hand in the mobile marketing competition with our peerless Ad Intelligence Tools!