Go to SearchAds | Login | Contact
Blog An Inside Look At the Call of Duty: Mobile’s Ad Strategy

An Inside Look At the Call of Duty: Mobile’s Ad Strategy 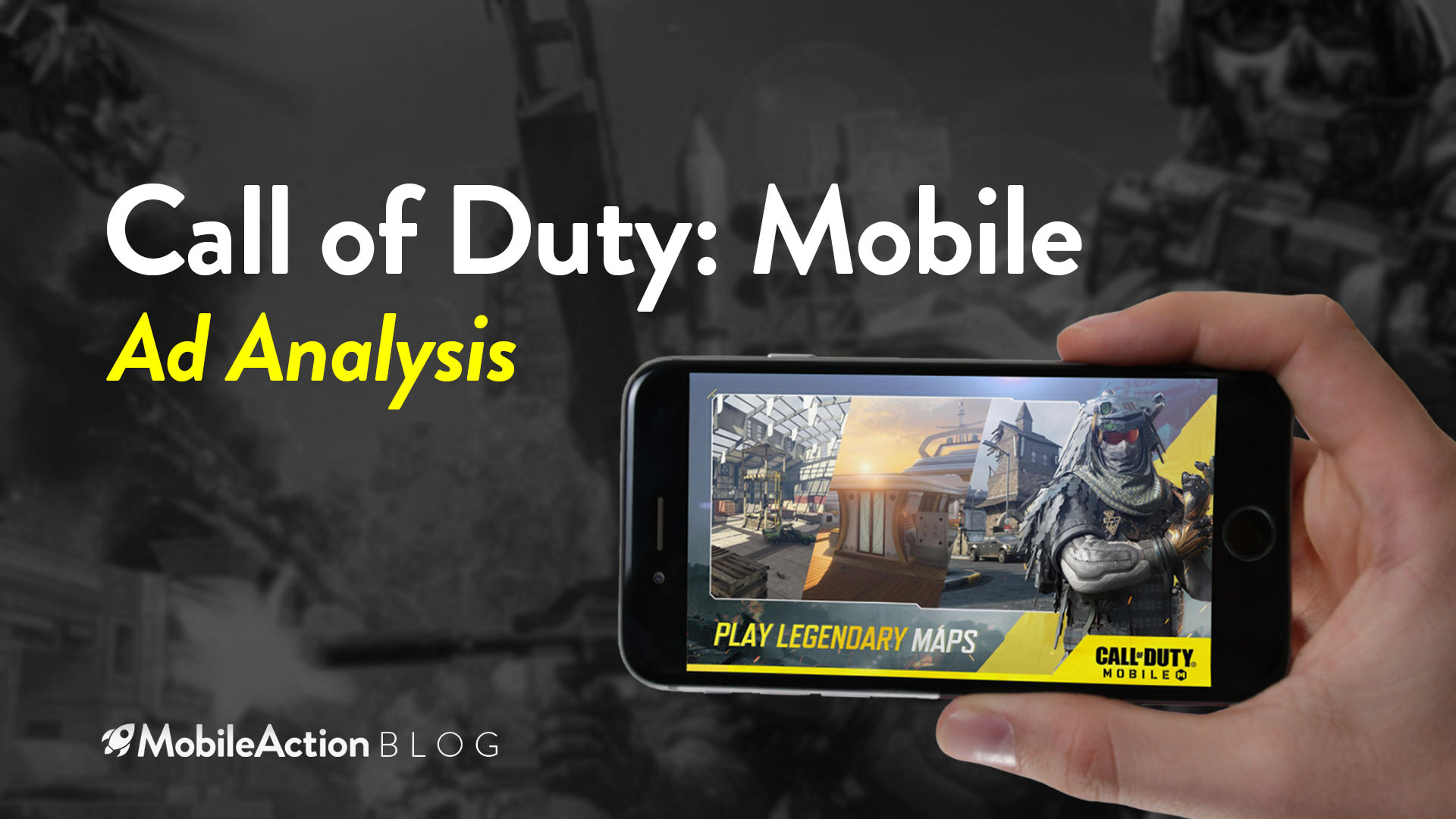 Since its release on October 1st, Call of Duty: Mobile has become one of the most successful launches in the history of mobile games. The game rose to first place in both overall and games categories in as quick as 24 hours!

Not to mention it has achieved all that although it wasn’t available in China, its native country. As it’s been one and a half months since the launch, it’s time to get a deep analysis of their ad strategy to uncover the reasons for their success. In this blog post, we’ll give you a complete ad analysis of Call of Duty: Mobile on both platforms. Got curious already? Fasten your seatbelts and enjoy the read!

Call of Duty: Mobile as a Top Advertiser

Call of Duty: Mobile has managed to enter the Top Advertisers list for all the categories in the App Store and stayed in the 4th place although the competition with the all-time ad champions was fierce! In total, the impression score for Call of Duty is 33,278 with a creative count of 237. So, overall, we can say that Call of Duty implemented a very aggressive ad strategy, which might be one of the reasons for its remarkable success.

In Google Play Store, the situation doesn’t seem to be much different. Again, it got the 4th place with an impression score of 29,196 and 160 creatives. Regardless to say, it is the most aggressive advertiser in its native Game Action category where the average of impression scores of the top 20 advertisers excluding Call of Duty is around 1,870.

Campaign Analysis of iOS and Android apps of Call of Duty: Mobile

Above you see a snapshot of the main campaign metrics of iOS app of Call of Duty: Mobile. It is active in a total of 9 ad networks, which shows it’s set its mind on getting more downloads through in-app advertising more than most of the apps in the market.

The total publisher count is 3,257 which is on the competitive side compared to other top advertisers on the list. It has 302 active creatives among the total of 758, and the ads are mostly available in the U.S (51%) along with the U.A.E (12%) and Saudi Arabia (11%).

Like many other games, Call of Duty: Mobile also invests heavily in the video creatives as this type is generally the most successful one in reflecting the UX of the game and the feeling of playing it in action games.

On the Android side, again, we see a great diversity in the ad networks. But the most preferred one is Mopub with 45% for the Android app whereas it is Tapjoy (30%) for iOS.

Publisher count is almost the double of the iOS app, and the total and active creative counts are lower, with 681 and 204 respectively. The creative type distribution is quite similar to that of the iOS app with the video consisting of 70.5% of the creatives.

When we look at the country section, we see that the countries with the highest percentages are the U.S (29%), New Zealand (13%), France (11%), Germany (10%), Saudi Arabia (10%), and the U.A.E (10%). Seems that Call of Duty took into account the approximate number of users of both platforms in these countries when deciding on how the country distribution should be.

Now that we have a general idea on the ad strategy of Call of Duty: Mobile, let’s jump into the creatives and see some examples of its most successful ads.

Top Creatives with the Query Builder

We have recently introduced Top Creatives where you can see the top ad creatives of any app or any network in the country of your choice. If this is the first time you’ve heard of it, read the case study of Mr Bullet game to see the full capability of this new feature.

To improve the user experience of Top Creatives, we have added a query builder that you can use to extract the exact creatives you need from our gallery of thousands of creatives. Let’s show an example, using Call of Duty: Mobile:

In the Top Creatives page, when you click on the blue button at the top that says “… items filtered”, you will open the query builder. In the basic filter part, you can choose the platform, begin and end dates of the ad campaigns, country, and the mobile ad network. If you wish to see the ads of a specific app, you can type the name of it into the box in the App Filter part. Note that if you choose “contains” as the condition, you don’t need to type the exact name. You can also choose “not contains” or “not equal” options to exclude an app in your analysis.

The grey buttons that say “+ Rule” on the right-hand side in the App Filter and Media Filter parts allow you to add additional rules. For instance, if you wish to analyze only the video creatives that contain a specific CTA of two or more different apps, you can add those rules here.

The last filter in the query builder is for the media types. You can type a call to action or any word you want into the box and see the creatives that contain that CTA in their title. Additionally, you can filter the creatives based on their types by changing “media title” to “media type”. This filter will be especially useful for those who would like to analyze the effect of CTAs on the share of impressions. Please remember to use “or” instead of “and” when you include different CTAs to see ads containing either the first CTA or the second one you typed.

Since we got the basic idea on how to use the query builder, let’s get back to the creative analysis.

We filtered out all the creatives of Call of Duty: Mobile for iOS platform from October 1st to November 15th and chose the country as the United States where the majority of the creatives are available. Here are the first 6 creatives ordered based on the impression score:

Looking at the thumbnails of these creatives, we observe that the most successful ads have two types of CTAs “Get Call of Duty Now!” and “Join The Fight”. But don’t get the idea that these are the only CTAs they use. They have actually tried different title and subtitle combinations to find out the best-performing ones. See one example below:

You can see the different title and subtitle combinations along with impression share contributions of each combination. If you hover on title or subtitle, you can see the full version of it. When you click on the country flags, you will see where else that combination with the shown creative is available.

Got curious about the top creative of Call of Duty? Here is how it looks:

As expected of one of the best shooter games, the key points of the game have been emphasized in a seven-second video, which is the most viewed ad of all. The video is short, engaging, and shows the user interface of the game, giving off the complete feeling of actually playing it. No wonder 5% of all the impressions come from this ad. Don’t you agree? 🙂

Some Key Points of Call of Duty: Mobile’s Ad Strategy

As the game market highly focuses on trends, and trends in games change faster than in any other app category, the publishers should start ad campaigns as aggressively as possible to skim the market and to get as many downloads as possible in the first couple of weeks after the launch. Hence, Call of Duty: Mobile is a great example of a good strategy combined with an effective implementation.

Hope you enjoyed our blog post about Call of Duty’s Ad Strategy Analysis. Wish to see more creatives of this amazing game? Take a look at all the creatives of Call of Duty: Mobile, checking Top Creatives feature of our Ad Intelligence product.

Never tried Ad Intelligence before? Schedule a demo with us now!