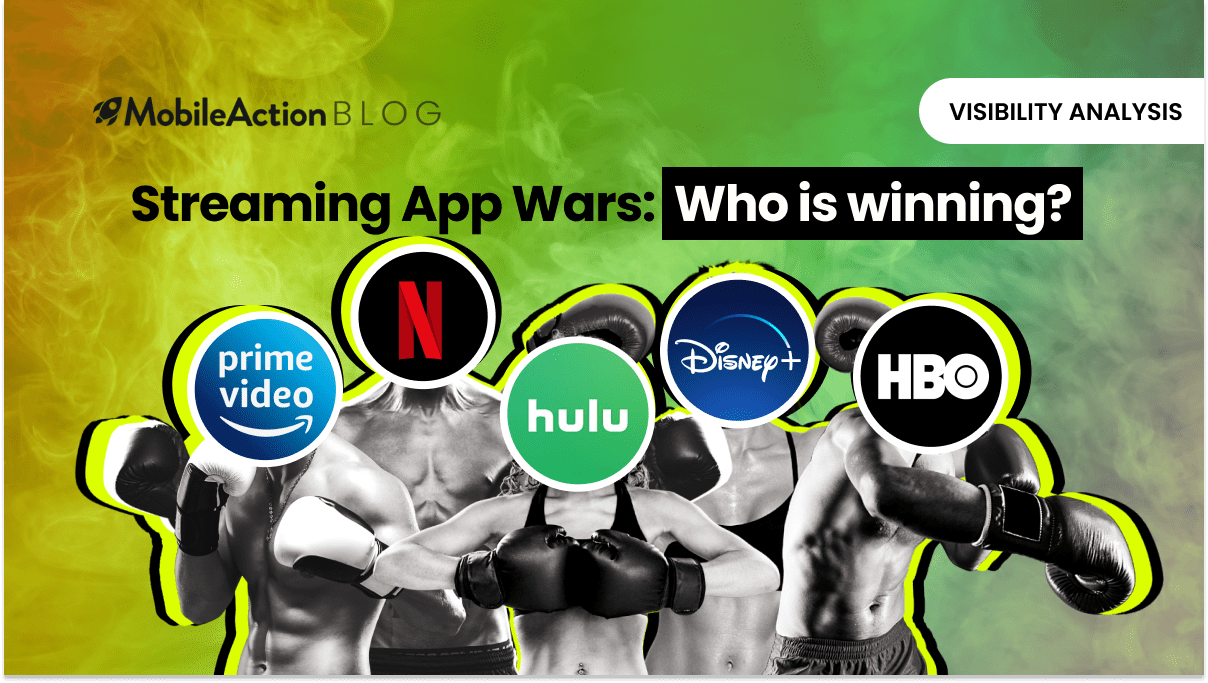 Am I the only one or are you guys binge-watching tv shows through TV streaming apps to keep yourself entertained?

The streaming wars are ongoing and severe, with top streaming apps like Netflix, Hulu, Disney+, Amazon Prime Video, and HBO each competing for subscribers. It is an ever-expanding battleground. The streaming market is changing since companies on top charts constantly work on their strategies to stay on top and drive dynamic marketing trends.

There is an unprecedented number of streaming apps now. But how do some apps make their way to the top among many choices and distractions?

The above chart from one of the best app market intelligence tools shows the top 6 apps in the entertainment category for the 29 March 2021 Apple App Store in the United States.

Netflix, Disney+, Hulu, and Amazon Prime Video are keeping their place in the top 6. The steadiness in the top 6 could show us that people like to stick with what they know for entertainment, especially during the quarantine months. HBO Max, on the other hand, increased its rating to second place with the huge impact of Zack Synder’s Justice League.

On the App Store, Hulu is ranking 4th in the Entertainment category, right behind Netflix. It’s one of the top streaming apps using keywords in its App Title such as “stream”, “movies”, “TV”, and “shows”. Hulu also has other important keywords which are relevant to the entertainment genre i such as “live”, “subscription”, “streaming”.

Besides, Apple Store Hulu utilizes valuable keywords in its title, as well as subtitles and Google Play short description which is crucial in Google Play Store app marketing, to help it boost its rankings.

Keywords and creatives complement each other when it comes to ASO conversion rate optimization. When you have a higher “tap-through rate” plus conversion rate for a specific keyword search, the algorithm ranks your relevancy accordingly and you get a higher rank for that keyword. With being number 2, HBO is doing a great job on this matter!

How Amazon Prime Gets Its Organic Downloads

Let’s take a look at where Amazon Prime gets its organic downloads from.

It is important to use competitor brand names as part of ASO strategy, that’s a fact. And Amazon can be an example of this theory. Besides Netflix, it gets a lot of downloads from other well-known brands like Hulu, Apple, Quibi, HBO Max, CBS Disney+, and Amazon Prime Video. On the other hand, Hulu gets over 60% of its organic downloads, targeting brand names and their misspellings.

When we compare the current Visibility score of these five, we see Amazon Prime has the highest visibility among all with 92. Netflix and Disney+ are following it with 90 which means there are considerable localization practices for these apps.

Here is the visibility map of Netflix, Hulu, and Disney+, they are popular in different geolocations rooted mainly in-store availability and localization practices. In the overall power of an app, ASO and Apple Search Ads can be complementary to each other. Hulu & Netflix not actively doing Apple Search Ads might affect their overall visibility on the world map. HBO, Hulu, Amazon Prime, and Disney+’s country coverage is relatively lower compared to Netflix. Many users select Netflix because of successful app localization.

Let’s go over to the Visibility Report of Disney+ and see their visibility score trend over the past 3 months.

Looking at the Brand Keywords Graph above, there seem to be ups and downs. We can see the correlation between the use of other brand keywords with Disney+’s visibility score. It never went below the 89.1 point mark over on the Apple App Store. It mostly stayed in the 89-93 range, which can be considered an excellent visibility score. But the crucial point there is they got most of the impressions from other brand keywords.

We see three apps out of five from the entertainment category doing Apple Search Ads actively, and in fact, they’re all on-demand TV apps from our top 10 list. And, ASO tactics might include both organic and overall mobile install growth.

Hulu has an 82 out of 100 search popularity score which means the search volume for this keyword is pretty high. Yet, Amazon Prime and HBO are getting most of the impressions on their behalf.

The same thing goes with Netflix too. Netflix has an even higher search score than Hulu, but TikTok seems to make most of it.

In the end, all five apps Netflix, Hulu, Disney+, Amazon Prime, and HBO are doing a great job and they need to keep testing to learn and evolve in the market. There is always room for improvement, so each one should be written with the store in mind. Doing so could help the app improve even further.

On the other hand, the virus will eventually lose its effect someday, it will be interesting to see if streaming apps can keep up their popularity or not. Let’s see what’ll happen once we get back to normal. Until then if you are interested in learning more about our data and what we can offer, schedule a demo with us!